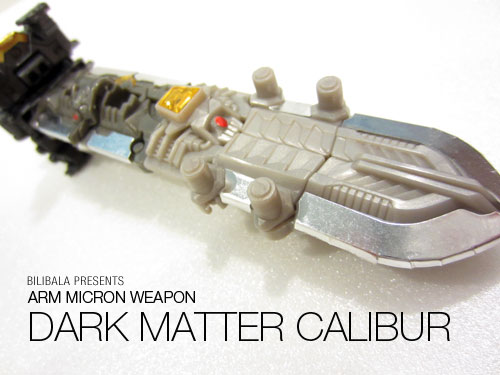 For the moment you all have been waiting for, and by all the power combined from Gabu, Baru and Dai, let us bring you Dark Matter Calibur: The Ultimate Decepticon Arms Micron Weapon! First of all which put me in thought, why does it being called the “Dark” Matter Calibur while there isn’t a single dark material being put in the sword itself. Hmm.. It does made of shade of black to grey for the sword anyhow, would that be of any reference to the naming then?

(A) The Components
In order to build this massive super weapon combo, you need to have the 3 ingredients as reviewed previously: AMW01 GABU (the front part of the sword) ; AMW02: BARU (Middle) and AMW03: DAI (the handle) . Combination is very simple and straightforward. Just plug in all the transformed parts (details already highlighted in individual reviews) and in no time, you can wield the massive weapon. From here, you will have all 3 different attributes (AP – hexagon, SP – round and HP – trapezoid) energon crystals combined together to form the massive destructive weapon. This become quite apparent gimmick for official super combo weapon, like this Dark Matter Calibur and the upcoming Cosmotector, which have all 3 different attributes energon crystals in combined mode. Though it meant nothing for newcomers, it does show the variety and details being considered in designing the super weapon combo. (B) Sizes
You won’t call it a super weapon combo if it isn’t massive in size. The whole calibur itself bears the length of 17cm. It’s weight and height quite equivalent to a deluxe class. Well, definitely taller than the RID Vehicon and most of the deluxe class. Test Subject 1: Deluxe Vehicon
Deluxe class can still wield it well except that it is a bit too overweight/overwhelmed for them which will cause the joint to slide a bit. You have to really balance it well to get hold of the sword. Overall not a bad matching if you can get it right. Test Subject 2: Hasbro Voyager Megatron
Dark Matter Calibur is very well proportion for bigger class such as voyagers. And definitely the honor of wielding such destructive Decepticon belongs to Megatron. However and unfortunately, it doesn’t really work really well with the Hasbro Voyager Megatron as it can’t fit in the hand of him tightly. Somehow the 5mm port built in the hand of Megatron is slightly bigger than the normal 5mm which causes the nuisance.

I guess Hasbro Megatron will have to cry for the inability to hold it. Oh well. In order to take all these shots, i have actually applied some blue tape on the hand for it to attach firmly with the sword. But definitely it wont last long and you can’t really make fancy pose with it without having to worry the sword will fall down. I am not very sure whether the AM 15 Takara version of Darkness Megatron can hold the sword better or not. Maybe if you happened to have both and have tried out the combination, do leave us a comment below? Test Subject 3: First Edition Voyager Optimus Prime
Well, a good guy wielding a bad guy’s weapon is one leap of a crossover. But he does hold it much more firmer as compared to its master, the Hasbro Megatron. But still unfortunately, it is quite a bit loose as compared to the deluxe Vehicon. So again, limited posture and more care is required when posing with it. Anyhow, it does look cool with all robots nonetheless. (D) Conclusion
Dark Matter Calibur is simply a piece of great toy engineer. It is quite amazing to see all 3 different weapons combined together to form a bigger weapon and while all individual pieces can be transformed as well. And not to mention, it looks really cool and menacing for all classes of Transformers! Definitely a must get!

My PCR for him: 8.5/10
What I like – Super cool combined mode and in massive size;
What I dislike?– Only one side of the sword is much presentable (with the energon crystal, etc) while the other side you will see nothing much; loose connection for some of the voyagers class (maybe some clear nail polish can help out). 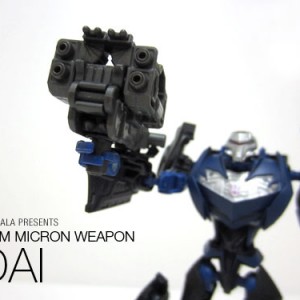 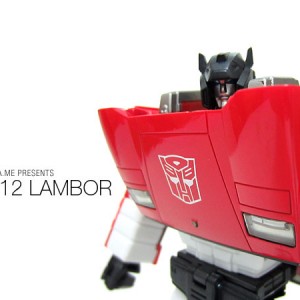