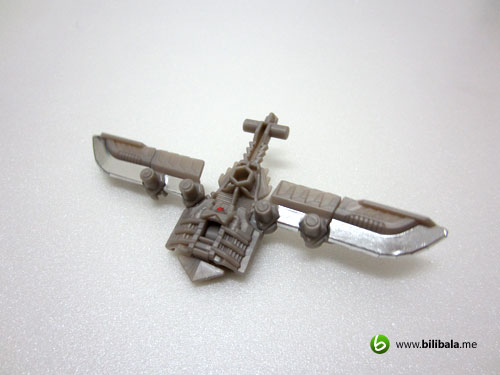 Prelude: The Revival of the Cons!
For those who are into Transformers toyline will not be a stranger to the idea of mincons. They have been quite popular since the days of earlier Transformers toys like Transformers Armada line. After which recently Minicons have been paired with PCC Commanders as well to give a boost of memory that the idea of minicons still exists. And now another version of them have been revived with a new name called Micron with which will be paired along with Transformers Prime toylines.

Despite being small and non-so articulated, they normally come with fascinating engineering for being a triple or even quadruple changer and might even be a combiner of its own. But nonetheless, they normally just being the role of secondary or supplementary, i.e. weaponry, armory or power booster for their bigger counterpart.

Well for this newly introduced Micron, beside being a fully assembled set like previous minicons, the first time ever in Transformers toy history they encourage a DIY-ala-Gundam style self assemble of the micron. Speaking of cost saving and bring much fun for collectors to get their sleeves wrapped up and do the work. Guess the idea of DMKs has sprung over to smaller robots as well. Nice move Takara.

AMW 01: Gabu
The first in the Arms Micron Weapon series is the micron by the name of Gabu. Well, very obvious it is a Japanese name and there is no any translation of english name for it. You might wonder how the name Gabu is being derived. “Gabu” is actually derived from kabutogani, the Japanese word for horseshoe crabs in which it suggests the robot form of him being a Horseshoe crab.

(A) What’s with the Package?

Plastic packed. Nothing much and nothing less. The packaging does much of the talking of what this Micron can do. One of the “main” selling gimmick is the ability to combine with AMW02 (Baru) and AMW03 (Dai) to form a eye whopping sword, the Dark Matter Calibur. The package behind gives away more information on the combined sword with highlights of the “other” ingredients needed to cook the legendary sword.

A closer view of the packaging (front). The robot mode and the alt mode. Confusing? Yes, it does. Can’t really make out which is the original mode at first glance though. A closer look at the packaging (back). The “suggestive” micron weapon holder is Starscream. This is what inside of the package: the non-assembled set, the instruction manual and the sticker. Yes, sticker. Don’t expect they have colors on the plastic. You have to apply the stickers yourself. Everything is DIY and the parts are come with raw plastic color. Another point to note here: For those who is going to assemble the set, once you have assembled any of the parts, it is very difficult to dissemble them as the connections are firmly pegged and intact. I have for once accidentally snapped the wrong part together and it took really much hassle to remove them with slight damage to the plastic. So collectors, assemble with care 🙂

Assembling Gabu isn’t very hard. Just remember to go thru the parts and instruction clearly before you start.

Well, this is the “suggested” alt mode/weapon mode for Gabu which transformed from a horseshoe crab into a flying plane/blade like weapon. Seriously, somehow it doesn’t really look like a weapon to me. What do you think? The little pointy structure located in front can be turned to reveal 2 slots for combination with other Arm Microns. After a few snaps, the parts will form up Gabu. Well, as mentioned earlier, Gabu took the form of a horseshoe crab. From first glance, it is really hard to make out what kind of “organism” Gabu is projecting. It does have a very confusing form.

Most of the extra details are achieved from the sticker applied, e.g. the chrome/silver parts, the red eye, etc. Somehow, it looks like an Axe as well. I must say it is a multi-form Micron which you can simply relate it with different kind of weird weapon. The below is the only piece of detail which i really like most and it is also the only colored plastic part for Gabu. The color part also houses the Decepticon insignia which is actually a sticker that you need to apply before enclosing it with the yellow transparent plastic. This mode is 3rd mode which is a preparation mode to form the Dark Matter Calibur. Somehow, it resembles a big shield as well especially with the extra peg at the back of it which allows itself to be plugged into those lower arm slot of any Transformers. Here are some shots of the AMW01 with the Fall of Cybertron Optimus Prime. Another application of AMW01, a jet pack? lol. I always like minicons due to their play-ability despite their sizes. This AMW series is definitely a must have especially if you want to collect and combine the Dark Matter Calibur. Although it has a weird robot mode which you can’t really make out it’s head or tail, but it does worth the buck of getting it due to the “multi-form” it has (you can freely tweak the transformation and create a new unofficial weapon if you like).

What I like – Ability to combine into bigger weapon; Multi-form; joints are tight though being pegged to each other (which kinda dilemma coz you can’t unpegged it if you accidentally peg the wrong parts) 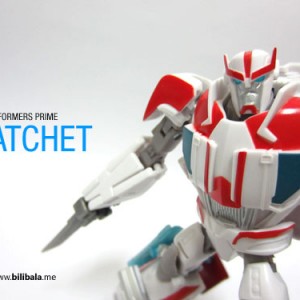 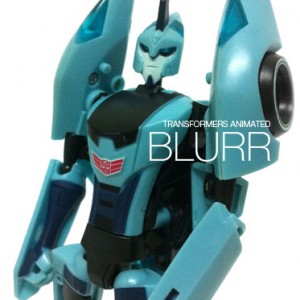